To follow up on my email “GREAT CHANGES AHEAD, I am sharing a question from a friend presented to Monitor, a group of spirits in service to humanity, during a reading with them. Their response sheds much Light on the coming Winter Solstice Shift. I am very grateful to Monitor, and I hope that you find the information helpful and hopeful.

Several well-known psychics, along with clients and friends, and myself included, have said they are getting information that some kind of major change is about to take place before the end of this year. We’re talking about life-altering, massive change. There is no indication as to the nature of this huge shift, be it positive or negative. But it has been predicted with some consistency from various sources. So I wonder if you have any comment on this?

MONITOR: We find that the focus of such change takes place in the conjunction of Jupiter and Saturn. These astrological influences may be regarded as a time when major planets conjunct and they become lenses with the lens is applied for the consciousness of Earth. This influence applies, of course, through other planets throughout the universe.

The lensing effect produced by this conjunction adds a positive motivation, an expression of Divine Life Force into Earth on all levels. The impact is multilayered. We shall not attempt to go into details, but rather provide a generalized statement that the net impact is positive and promotive of spiritual growth on the part of humanity, other kingdoms of Life, and the Planetary Being.

This change opens opportunities for the practical utilization of new capabilities established in the mental bodies of human beings and devas. Those capabilities that we have previously referred to over the last several years will now become a point of practical application. For humans, their expression of capabilities often involve an expansion of awareness in different directions.

For some, it involves development of the ability for precognition, sensing the future and its probabilities. For others, it involves an increase in ability for healing, for radiating Life Force through the four bodies of their personality for the benefit of others. And for still others, it means a clearer connection with Higher Consciousness that in practical use focuses upon clearer reception of communication from High Self and Soul.

With these practical developments, humans throughout the world begin to shift their perspective and grow naturally into a state of awareness where they realize, from their own perceptual input, that Life is more than physical, that Life is multidimensional, and the physical is only a part.

The beliefs that humans have held over ages that “Earth is here, and heaven is there” will crumble under the weight of their own perceptions. There will be widespread recognition that Life is One, with multiple currents, flows and dimensions. Love becomes more easily perceived and shared. These advances occur on a person-by-person, individual basis. These developments will accrue throughout humanity and produce a different set of reactions to political, economic, cultural and spiritual relationships.

With Much Love & Many Blessings, Sulara

Want to join the discussion?
Feel free to contribute! 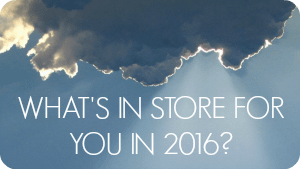 Download Sulara's 2016 Message of the Moment and find out how you can realize your full potential in this year of completion.

THE VOICE OF ONENESS #33

IN CELEBRATION OF CHRISTMAS 2020
Scroll to top